With Growth Gorilla, we were able to get a new campaign into the market within 2 weeks, from agency onboarding to being live.

We’d recommend Growth Gorilla for fintech startups that have time to invest in preparation before execution!

Growth Gorilla have an exceptional knowledge of the FinTech industry... the team is all about quality, not quantity...
I love working with GG.

Thanks!
We’ll be in touch about your free strategy call.
Oops! Something went wrong while submitting the form.

Push your fintech to the next level.
You want the secret recipe to growth, we got it. When you partner with us we make sure you:
Trusted by:

This block is shown when a required input is not filled. The script adds or removes the ".hidden" class when needed.
Thanks!

About you
Your needs

Finished!
Thanks for taking the time to fill out this form.
We’ll be in touch very soon to get you started on your growth journey.
Want to know more about Growth Gorilla?
Follow us on social:

Or take a look at our success stories:
view our case studies
Oops! Something went wrong while submitting the form.
This block is shown when a required input is not filled. The script adds or removes the ".hidden" class when needed. 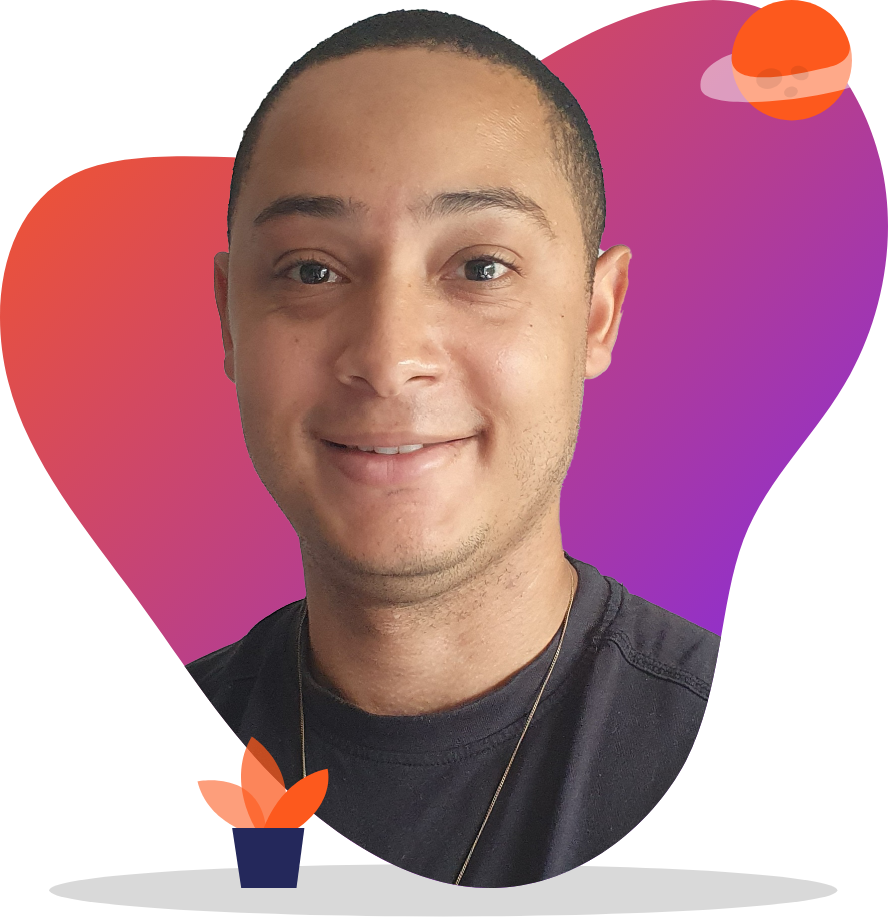 Dedicated to helping innovative brands catalyse growth, we welcomed Phil to the team in June 2021 as our highly motivated Head of CRM. His marketing experience spans B2B and B2C companies across a range of verticals, and he’s now putting the insights he’s gained over the years to excellent use servicing our fintech clients here at Growth Gorilla.

His case study tackles a key CRM question: how to recruit new customers while at the same time retaining existing ones. Tasked with this challenge while working at online financial investment service Interactive Investor, here he shares advice for striking the right balance.

Back in 2018, before joining Growth Gorilla, Phil was tasked with reactivating a huge user inactive base at an online financial investment company, which was no mean feat, considering only 22% of users were actively placing trades.

It’s a common problem. Fintechs often put a huge emphasis on acquisition, and understandably so, as demonstrating a healthy subscription list is often key to securing that all-important investment for your product or platform.

But what’s the value of a large user base if the majority are yet to use your app or interact with your site? And what happens to existing users when all your time and effort is spent on signing up new customers? As Phil acknowledges, there’ll always come a stage in a fintech’s expansion where they need to keep hold of what they have.

“It’s so important for fintechs to deploy a range of strategies – from acquisition to retention and reactivation – and to avoid overlooking one customer journey in favour of another,” says Phil, who engineered the following response to the challenge:

As Phil acknowledges: “A two-part solution was essential: retention and reactivation efforts had to be in place, but we also needed to look at the journey from the very start. My approach was to rectify the problem, and then take steps to ensure the situation – a huge inactive user base – never arose again.

By auditing and improving the early-life customer journey, the company’s active user base grew from 22% to 35%. “We jumped 13% in the space of a few weeks because of this behind-the-scenes work,” says Phil. “After that, the onboarding process was smoother and really started to flow. By the time I left, the new activation rate was 42%. In addition, the reactivation rates of a previously disengaged base stood at around 30% to 35%.”

Here are the lessons Phil learnt along the way, so read on to find out how you can engage users and keep them coming back for more, even when they appear to have to have lost interest:

1. Clean your data whenever the opportunity arises

“Not everyone’s marketable,” says Phil. “I joined when GDPR was just coming into force and, because 40% of the company’s database hadn’t agreed to be contacted, we couldn’t do anything with them. It became clear the company had missed an opportunity to clean their data. For me, GDPR was a benefit rather than a constraint, because it presented the opportunity to send a one-off email and ask people if they wanted to stay in contact.”

When it comes to checking in with an inactive base that can be marketed to, Phil recommends keeping things simple. Use plain text and share a simple message that navigates people to the site – for example – you could alert them to new products or account updates and encourage them to log in to see what they’ve missed. The intention is to get them back into the loop.

2. Stop problems in their tracks

Are you doing everything you can to keep users engaged and prevent them from becoming inactive? To avoid having to reactivate users, now’s the time to reevaluate your welcome and onboarding email series. As the result of conversations with the customer service and product teams, in which he discovered the biggest barriers preventing people staying active once they’d signed up, Phil mapped out the early-life customer journey in three stages – creating emails that:

“If they dropped off at any stage, we’d quickly be able to identify the problem and target them in a different way,” says Phil.

3. Put yourself in the customer’s position

Creating a positive user experience (UX) has never been more important, and it was while reevaluating the onboarding process that Phil really focused on streamlining the early-life customer journey. “We defined our active users as someone who became a new customer and then went on to make the trade within the first 30 days. This stood at 22% when I started, which prompted me to ask the question – what’s going on with the 78%?

“We found there was a lag time of between 15 to 30 days before money was deposited, so I spoke with the transfer team about smoothing out the process and we sharpened up the process – otherwise, what’s the point in sending an email to users encouraging them to trade when they can’t because there’s no cash in their account?”

A focus on UX also led Phil to place an emphasis on education: “When putting together campaigns, I made sure that the answers to the questions that were driving users to customer service were contained in the content. So we sent out how-to guides and videos intended to hold their hand.”

When it comes to reactivating existing users, ask yourself: what would I like to receive? “We had some really cool integrations on the website showing the rise and fall of trades,” says Phil. “So I spoke with our product team and we managed to include the functionality of a live table of stocks going up or down in our emails.

These personalised, performance-based emails were very relevant – and when an inactive user received one, it acted like a trigger. “They’d see their stocks were doing well and buy more, or conversely they’d look to offload poorly performing stocks. Through this initiative, we quickly reactivated around 30% to 35% of the base.

Remember, it’s not all about marketing – operational and transactional emails are just as important, so seek to retain users with industry updates and content that’s targeted to their interests. “One way of getting to know our users better is to send out surveys. We ask people why they stopped trading: is it a confidence thing, is it a platform issue? Having established a trend, you can deal with the problem,” says Phil.

5. Dig into data to reveal audience segments and customer insights

What are your customers thinking? When you understand your audience’s behaviour, it doesn’t have to be a mystery. For Phil, a moment of inspiration came when he realised that users were being defined as inactive if they’d only made one trade that year.

“But the data revealed people were doing other things – logging into account, engaging with our emails and so on. It became clear that some users only traded at certain times, such as tax-year end, but we were classifying them as inactive. That’s why it’s important to understand your audience’s behaviour so you can segment users into sub-categories and target them accordingly. It’s not one-size-fits-all, and fintechs must avoid falling into the trap of only seeing value in a customer because they’re trading.”

A lot of work goes into sending an email, but all too often, marketing teams fail to draw on the expertise and insights of other departments. “You have access to some really specialist knowledge in terms of finance and technology, and it’s important to get everyone’s input and everyone’s buy-in. When I started, customer relationship management was always used to assist the marketing strategy. I like to think that, by the time I left, it defined the marketing strategy.

Stay up to date

Oops! Something went wrong while submitting the form.

Join FML Podcast host Shameer Sachdev and Zumo’s Marketing Director, Amélie Arras, as they explore the challenges of growing a start-up to a scale-up and the importance of financial education.

Growth vs. Marketing: How to Use Both To Boost Your Fintech

In this article, we go deeper into the differences between growth and marketing, the complexities each faces and why it's important for your fintech to know the difference.

The Rise of Impact Investing with Tom McGillycuddy

In this episode, our host, Shameer Sachdev, is joined by co-founder, Tom McGillycuddy from CIRCA5000 who has created a real and authentic way for users to invest their money in companies that actually make a positive impact on the world.

Taking a Fintech from Startup to IPO with Jasper Martens

Join host Shameer Sachdev and Jasper Martens, Chief Marketing Officer at PensionBee as they talk about what it means to grow an idea from a startup right up to IPO. From common mistakes fintechs make such as overlooking quality nurturing sequences to the importance of testing, they cover it all.

Listen to host Shameer Sachdev and Mary Agbesanwa, Fintech Growth Lead at Seccl, as they explore how to engage with Millennials, how to build partnerships and why you need to create loyalty within your community.

In this episode, our host, Shameer Sachdev sat down with sisters and co-founders Holly Holland and Laura Pomfret from Financielle, who built a unique financial wellness app. They are on a mission to educate and inspire women to take control of their financial future.